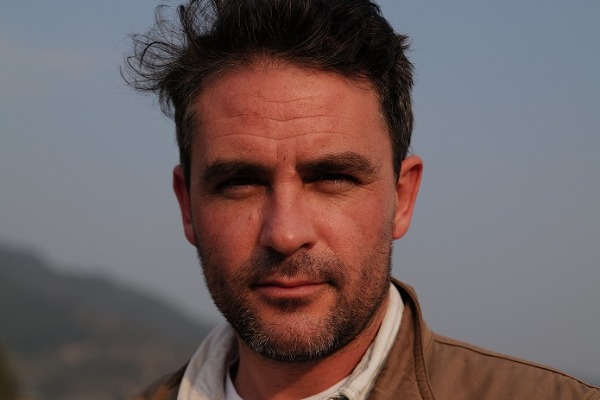 UK explorer, best-selling author, photographer and filmmaker Levison Wood will share stories from his unique and inspiring adventures in more than 100 countries when he takes to the Future Stage at World Travel Market London on Nov. 7

The British Army Major has been described by The Times as “Britain’s best-loved adventurer,” while TV travel legend Michael Palin says: “Levison Wood has breathed new life into adventure travel.”

Highlights of Levison’s expeditions, which were all documented in Channel 4 and Discovery series’, include walking the 4,250-mile length of the Nile that took nine months; a six-month journey of over 1,700 miles from Afghanistan to Bhutan; walking 1,800 miles along the length of Central America from Mexico to Colombia; hitchhiking the Silk Road and circumnavigating the Arabian Peninsula.

Along the way, he has learned the importance of conservation, gained deep understanding of different cultures and has trailed migrating elephants – documented in his book The Last Giants and on Channel 4 in the series Walking with Elephants.

‘The Art of Exploration,’ Lev’s recent book, brings together his many lessons from the road and will cover how we can all benefit from applying the philosophy of travel and the Art of Exploration to our normal everyday routines. Lev will be embarking on a 12-date theatre tour this month, sharing his knowledge and experiences with UK audiences.

Released this summer, Lev’s latest publication saw him curate an anthology of the best writing about endurance, adventure, survival and exploration. ‘Endurance’ features 100 extracts of non-fiction and fiction about the most astonishing acts of human endurance.

World Travel Market London Exhibition Director, Juliette Losardo, said: “Levison sees travel through a truly unique lens, and has untaken journeys many of us could only dream of. He’s circumnavigated the Arabian Peninsula, hitch-hiked the Silk Road and walked the length of the Himalayas! In November, he’ll be joining us at ExCeL London to inspire our audiences and explain why ‘off the beaten track’ experiences have a firm place in the future of leisure tourism.”

Said Losardo: “He has also demonstrated how a passion for travel can be a force for good – furthering ones understanding of the world and the many different cultures that inhabit it.”