WestJet’s proposed acquisition of Sunwing Vacations and Sunwing Airlines is raising concerns with the Competition Bureau, which has concluded that the acquisition “is likely to result in a substantial lessening or prevention of competition in the sale of vacation packages to Canadians.”

In its report, which was delivered to the Minister of Transport by the Commissioner of Competition, the Bureau’s concerns are outlined and that report will inform Transport Canada’s public interest review of the proposed transaction as it relates to national transportation.

The Bureau indicated that eliminating the rivalry between these integrated airlines and tour operators would likely result in increased prices, less choice and decreases in service for Canadians.

It would also likely result in a significant reduction in travel by Canadians on a variety of routes where their existing travel networks overlap.

As well, the Bureau’s review determined that these effects would apply to 31 routes between Canada and Mexico or the Caribbean.

The transaction also represents a merger of the only two integrated airlines and tour operators offering non-stop service on 16 of these routes.

The impacts of the COVID-19 pandemic were considered extensively to identify concerns regarding the potential prevention or lessening of competition that may occur as a result of the proposed merger. The Bureau examined competition between WestJet and Sunwing’s pre-pandemic networks as well as their current plans.

In a statement following the release of the Competition Bureau’s advisory report on the WestJet Group’s proposed acquisition of Sunwing Vacations and Sunwing Airlines, the company’s Executive Vice-President and Chief People, Corporate and Sustainability Officer, Angela Avery said: “We thank the Competition Bureau and welcome their report. We look forward to bringing this transaction to life for the benefit of Canadian travellers, communities and employees.”

The company said in its statement that the Bureau’s report is advisory and non-binding but will support the Minister of Transport’s public interest assessment. The final decision, made by the Cabinet on the Minister of Transport’s recommendation, will consider additional factors presented in the WestJet Group’s application, including the preservation of Sunwing’s brand, the commitment to maintain Sunwing’s Toronto and Montreal offices, new flying that will be created by retaining Sunwing’s aircraft in Canada year-round and the resulting new employment opportunities.

The statement also noted that separately, the Canadian Transportation Agency has issued its positive determination of the proposed transaction. WestJet thanks the Agency for its review. With the publication of the Bureau’s report and the issuance of the Agency’s determination, the transaction’s regulatory review process moves into its next stage.

The WestJet Group announced its intent to acquire Sunwing on March 2, 2022. The transaction is a central piece to the WestJet Group’s commitment to prioritize leisure and sun travel from coast to coast and increase affordable air and vacation package offerings for all Canadians.

The transaction is expected to close by spring 2023 pending remaining regulatory and government approvals.

Sunwing responded to the release of the Competition Bureau’s report, commenting: “We appreciate the Competition Bureau’s due diligence in the regulatory review process. In its report, the Bureau acknowledged the significant impact of COVID-19 on the industry. The routes identified as concerns in the Bureau’s report are predominantly in Western Canada, account for a very small portion of Sunwing’s operations (just over 10% of all seats) and are primarily seasonal versus year-round routes.” 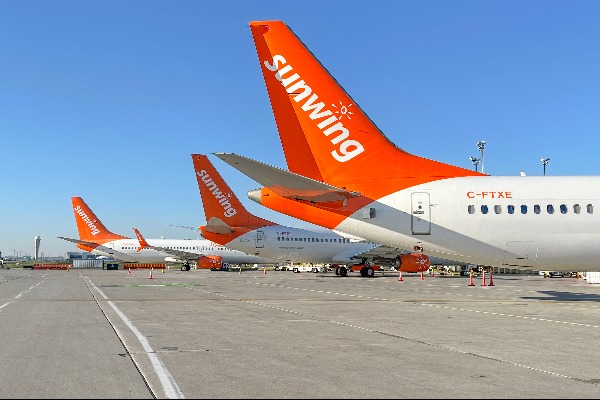 The company’s statement continued: “Also of note, Sunwing no longer operates six of the routes mentioned in the report. We remain confident that this transaction is good news for Canadians. The combination of WestJet’s and Sunwing’s complementary businesses will deliver more affordable vacation packages and competitive airfares, while enabling us to protect and create jobs at a critical time for the travel industry.”

And Sunwing’s statement concluded: “We look forward to the next steps in the regulatory process, including continued collaboration with Transport Canada to ensure a timely approval on the transaction.”

Transport Canada has until Dec. 5, 2022 to complete its public interest assessment and provide it to the Minister.

The final decision regarding the proposed transaction will be made by the Governor in Council (Cabinet) based on a recommendation from the Minister.