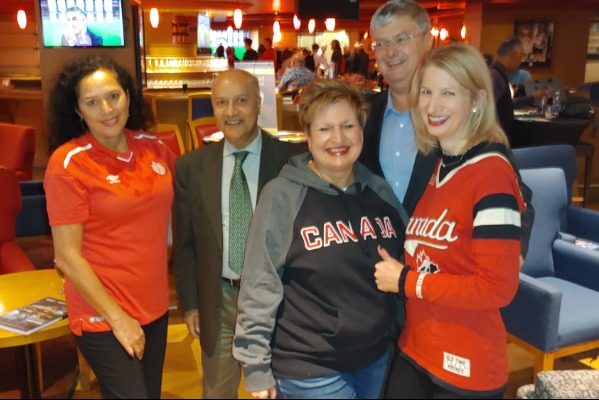 The fun remained unabated Wednesday (Nov. 23) as Baxter Media’s third World Cup soccer tournament party was held in Toronto, with an actual game result that likely disappointed most of those on hand for the event, but failed to put a damper on the festivities.

Belgium defeated an upstart Canadian team 1-0, with most of those on hand for the party pulling for Canada.

Nevertheless, the party proved to be an entertaining affair, with Rudolph Nareen of Astor Travels saying it was “wonderful” to watch the game in a Chelsea Hotel bar that had numerous televisions showing the game, while Yury Manukhov of Canadian Gateway declared it was “just perfect” to view the competition at a party at a time when the travel industry is rebounding. 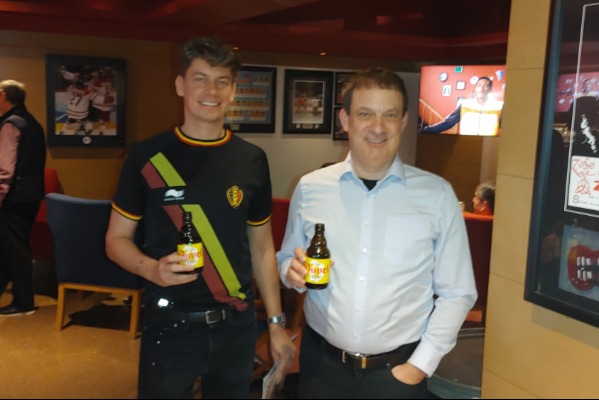 Abdalah Castillo, who oversaw the Dominican Republic’s tourism board’s Toronto office for years, noted he has also lived in Antwerp and has fond memories of Belgium. He was glad to see both Canada and Belgium qualify for the World Cup. “Other than the Dominican Republic, my two favorite countries are Belgium and Canada.” Nancy Miklian of New Wave Travel in Toronto said she’s “very proud” of the Canadian team for qualifying for the World Cup and its performance in yesterday’s game.

“Of course, we should have won the way they played.”

In the top photo

In the second photo

Brecht Putman and Marco Frank of Visit Flanders enjoyed some Belgium beer during the party.