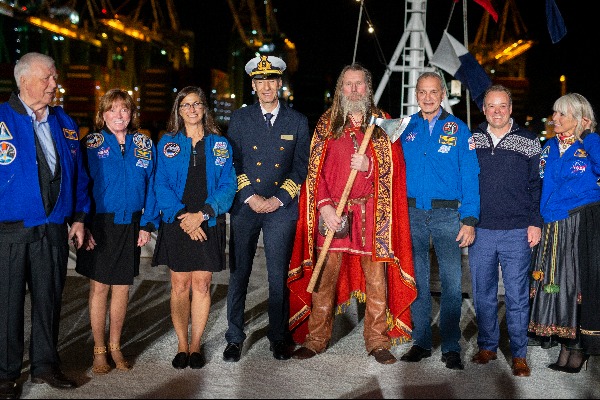 It was quite the celebration in Los Angeles recently as Viking named its newest ocean ship, the Viking Neptune.

As part of the event, the ship’s ceremonial godmother, Nicole Stott, retired NASA astronaut, aquanaut and artist, offered a blessing of good fortune and safe sailing for the ship—a maritime tradition that dates back thousands of years.

The Viking Neptune arrived in Los Angeles early in the morning on Jan. 8 and departed for Honolulu following the naming ceremony. The ship is currently sailing the 2022-2023 Viking World Cruise, an epic voyage from Fort Lauderdale to London that spans 138-days, 28 countries and 57 ports, with overnight stays in 11 cities.

The naming of the Viking Neptune also comes at a time of record sales for Viking, with the launch of Viking’s new 25th Anniversary Sale on Jan. 1 resulting in the highest number of bookings in one week in the company’s history.

From now through Jan. 31, 2023, Viking is offering a 25th Anniversary Sale, with a $25 deposit, special savings, and up to free international airfare on river, ocean and expedition voyages.

Sail on over to www.viking.com for more.