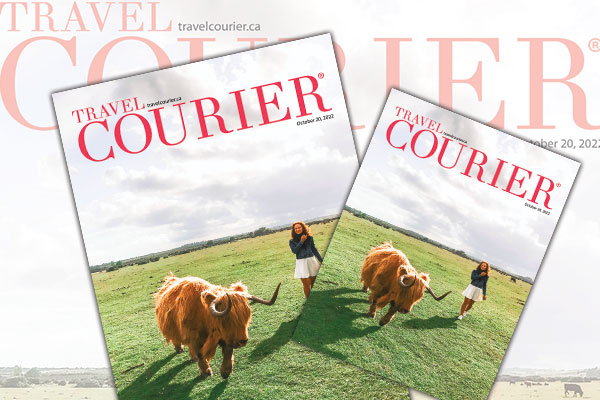 There’s been a lot of buzz in North America about the third oldest professional football club in the world thanks to Ryan Reynolds, Rob McElhenney and a new show called Welcome to Wrexham. The docuseries chronicles the behind-the-scenes adventure as two Hollywood actors purchase Wrexham AFC with the goal of getting the club back into the English Football League.

“Ryan Reynolds and Rob from It’s Always Sunny in Philadelphia, they bought a small Welsh soccer team,” says Hannah Thomas, marketing executive, North America at Visit Wales. “It’s like reality TV with a Ted Lasso vibe. They’re trying to improve the team so that breathes a lot of fresh air into Wales.”

The show is garnering interest in local sports tourism at a time when Wales has qualified for the FIFA World Cup for the first time since 1958.

“[Welcome to Wrexham] has put international eyes all over us, which has been fantastic,” adds Stephen Nase, director of marketing, North America for Visit Wales. “It’s a really interesting documentary about attempting to bring the team into promotion, which would be huge for the town. We have quite a few things around Welcome to Wrexham planned for marketing campaigns during autumn and winter.”

Following in the footsteps of Ryan Reynolds and Rob McElhenney by attending a live match is just one of the many unique experiences clients can have in Britain. Here are a few other fun things travellers can do during a visit.

For the full story, don’t miss the latest issue of TRAVEL COURIER.