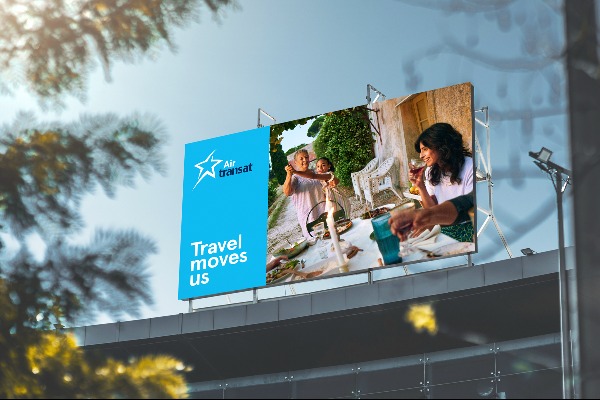 The Montreal-based carrier has adopted a new growth strategy that focuses on its airline operations and emphasizes openness as a core value.

To that end, the airline is introducing a new brand positioning and signature that more fully embody its purpose: Travel Moves Us.

It’s a turning point in Air Transat’s history and builds on more than 35 years of experience; drawing its key elements from the same DNA that has enabled it to position itself as a globally recognized brand for its openness, friendliness, and expertise.

Joseph Adamo, Chief Sales and Marketing Officer at Transat, said: “We have been primarily known for our South packages and transatlantic flights, and we are now putting forward our culture and expertise regardless of the destination or nature of the trip.”

Said Adamo: “With Travel Moves Us, Air Transat actively encourages travellers to open up to the world, no matter the reason of their departure.”

Air Transat flies to some 60 destinations in Europe, the Caribbean, the United States and Canada, and offers more than 265 additional destinations through partnerships with other carriers.

This new chapter drives a multichannel marketing campaign that explores a simple, yet complex question: Why travel?

Developed in collaboration with creative agency Sid Lee, this ode to travel follows three protagonists, each of whom is on a transformative journey through new places, new experiences and new outlooks.

Brian Gill, Creative Director, Sid Lee, observed: “The campaign is about how travel makes us more open. We all have apprehensions about change. We wanted to address this truth and speak to how meeting new people and experiencing new places and cultures bring us closer and make us more empathetic towards one another. It’s about the joys of travel, including the challenges it poses—challenges that ultimately make travel one of the most rewarding experiences of all.”

Maria Pagano, Senior Director, Brand and Customer Experience, Transat, explained: “Our strategy is rooted in the expression of a strong, assertive brand identity, along with an authentic positioning that is supported by a corporate culture with a 35-year history.” 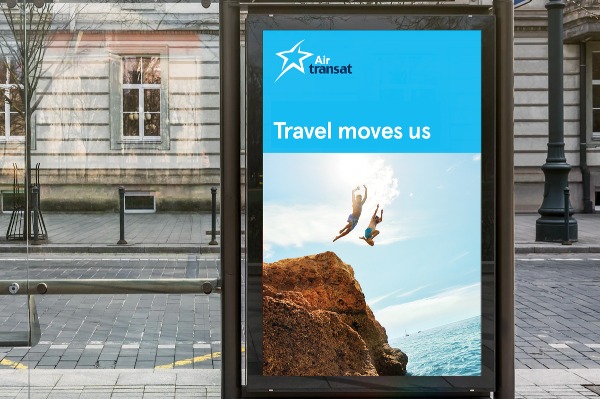 Pagano continued: “That authenticity is reflected in the creative choices we’ve made for our campaign, which features characters who resemble our customers and the experiences they share with us every time they fly with us. The Travel Moves Us signature underscores that strong connection, which is both an inspiration for our travellers and the collective credo that unites Air Transat’s staff.”

The Travel Moves Us campaign is being rolled out in two stages: the first will include TV, outdoor and digital activations in the Quebec and Ontario markets, while the second will be deployed later in international markets.

Go to https://www.airtransat.com/travelmovesus to learn more about the campaign.