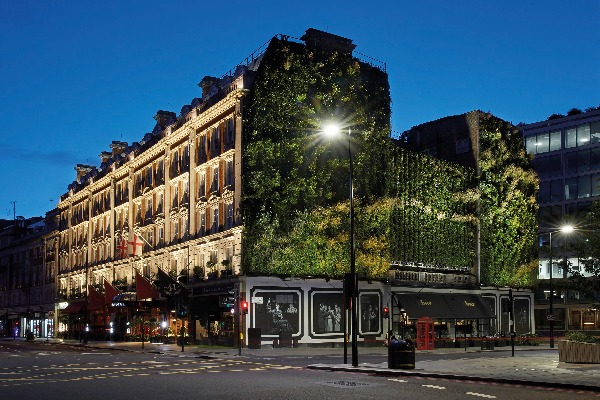 In a major reset to its Climate Action Plan, TTC has accelerated its original climate action commitments:

Shannon Guihan, The Travel Corporation’s Chief Sustainability Officer & Head of TreadRight, said: “As a global industry leader, we appreciate the support of our travel industry partners as we take collective action to fight climate change. Our focus is to identify a way forward that marries what the science is telling us with solutions to enable our decarbonization. We need to reduce our emissions and the surest way to do that is through direct investments into our business and our operations.”

Guihan continued: “The Carbon Fund, in concert with our TreadRight Foundation, enable us to invest in decarbonization in two ways: by utilizing the Carbon Fund to reduce the emissions we produce, and by prioritizing financial support for nature-based solutions through TreadRight.”

In 2020, The Travel Corporation which includes brands such as Trafalgar, Contiki, Red Carnation Hotels and Uniworld, launched its sustainability strategy, How We Tread Right (HWTR), setting a goal to be carbon neutral by 2030.

TTC’s climate goals have been backed by a five-point Climate Action Plan to measure, reduce, remove, offset and evolve. In 2021, a number of TTC brands including Contiki and the Radical Travel Group, consisting of Haggis Adventures and Highland Explorer Tours – announced that all trips would be carbon neutral, beginning in 2022.

A critical commitment of TTC’s Climate Action Plan is to evolve with climate science, available technology and business practices. In the time since the organization announced plans to become carbon neutral, its singular focus has been on decarbonization, appreciating that emitting less carbon into the atmosphere is the most effective means to address climate change.

As such, TTC is announcing a reset of its Climate Action Plan, setting ambitious reduction targets and a Carbon Fund to invest in achieving net zero by 2050, replacing its goal to be carbon neutral by 2030.

Long Term Goal — Reduce absolute scope 1, 2 and 3 GHG emissions 90% by 2050 from a 2019 base year. The target boundary includes land-related emissions and removals from bioenergy feedstocks.

Luiz Amaral, Chief Executive Officer of the Science Based Targets initiative, pointed out that: “Climate science tells us that we need rapid and deep emissions cuts if we are to achieve global net-zero and prevent the most damaging effects of climate change. The Travel Corporation’s net-zero targets match the urgency of the climate crisis and set a clear example that their peers must follow.”

Today, TTC’s Climate Action Plan has been reset to four points; Measure, Reduce, Restore and Evolve; replacing both ‘remove’ and ‘offset’ with ‘restore’.

For its part, TTC’s TreadRight Foundation will shift to prioritize nature-based carbon removal solutions that restore the planet, in an effort to address climate change as well as the rapid loss of biodiversity.

In addition, TTC is also announcing the development of an internal Carbon Fund. This fund will be generated through revenue from TTC brands that will be used solely for initiatives that contribute to TTC’s net zero journey.

TTC will publicly report on its Carbon Fund, alongside its progress against its science-based targets in future annual impact reports, with its next report due in the first half of 2023 on 2022 progress