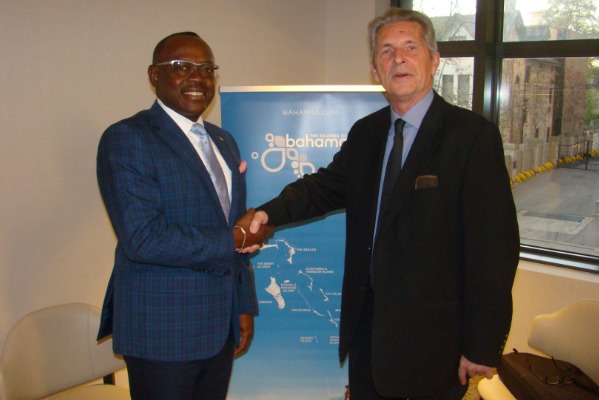 Make no mistake about it, The Islands of The Bahamas are open for business.

That’s the message that a high-profile delegation, led by the Honourable I. Chester Cooper, Deputy Prime Minister and Minister of Tourism, Investments, and Aviation delivered to its travel trade partners in Calgary earlier this week and to a similar group of VIPs in Toronto last night (Nov. 1) during an event at the tony Park Hyatt Hotel in the city’s downtown.

In a conversation with Press Today, Deputy Prime Minister Cooper said that Islands of the Bahamas are seeing a ‘strong rebound’ with the industry close to 2019 levels and considering that 2019 was a record year, that’s a pretty good result.

As for Canada, the Deputy PM said that it is slightly behind, primarily because of the slow removal of travel restrictions in this country, however, he expects that to change for the better now that those restrictions have been lifted and with airlift virtually back to 2019 levels that’s an expectation that will certainly be met. 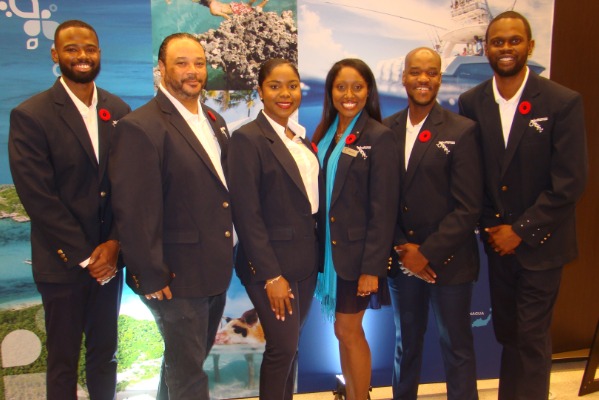 Canadian visitors will certainly find lots of new developments in The Islands of the Bahamas as the multi-island destination has been investing and continues to invest billions of dollars in improvements by hoteliers, as well as at its airports and attractions.

Cooper also emphasized that the Bahamas offers a diverse experience to its visitors, giving them 16 different islands to choose from and it’s close.

During last night’s event in Toronto, thanked The Bahamas’ travel trade partners here in Canada for their support, observing that ‘we couldn’t have made it the robust destination it is, without you, our partners.”

At one point, the Deputy Prime Minister observed that “we’re the greatest little country on the planet,” pointing to all of the assets that The Bahamas has to recommend it to visitors – 10% of them coming from Canada – before telling the audience that “most of all, we want you to tell Canadians that It’s Better in The Bahamas.”

The Bahamas Global Sales and Marketing Missions – which includes senior tourism officials, Bahamian hotel partners, sales and trade representatives and destination representatives — continues tonight (Nov. 2) with a trade show in Toronto before moving on to Montreal for an event tomorrow night (Nov. 3).