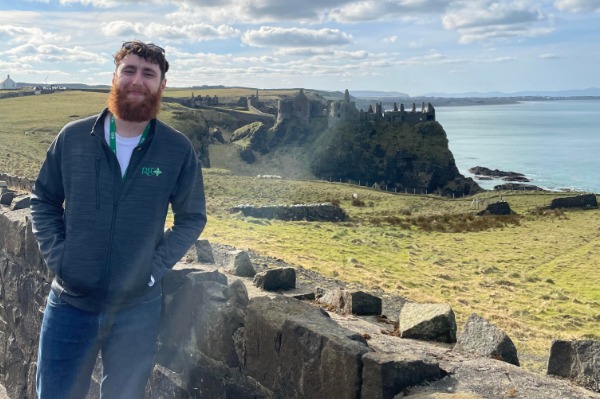 Royal Irish Tours (RIT) has ‘doubled’ its sales team in Canada, from one to two; promoting John Fallon from its reservations department to the position of Sales Manager, Canada.

This might be a little confusing for advisors as there are now two ‘Johns’ on the sales team, both from Ireland (John Fallon, Sales Manager and Jonathan Sargeant, who is now Director of Sales).

Fallon completed his Master’s in International Tourism at the University of Limerick in 2017 before immigrating to Canada where he took up a role in RIT’s reservations department. Growing up on the west coast of Ireland between Galway City and the Cliffs of Moher, tourism has always been a part of his life and he is very proud, and passionate, about all the Emerald Isle has to offer visitors.

Outside of work you will find Fallon playing the Irish sport of hurling with Clann na nGael in Toronto or looking for the best pub for some traditional Irish music (and Guinness).

He is extremely knowledgeable and passionate about Ireland & Scotland, and Conor Duffy, Vice President at RIT, is excited about having him join Jonathan Sargeant on the sales team.

“We are delighted to promote John from reservations, and he will be a great asset to the sales team. After 5 years with RIT, he already has great product knowledge, he’s very personable and I know advisors across Canada are in good hands with the two Irish John’s.”

Fallon lives in Kitchener and he will manage Ontario West agencies as well as some key national accounts. He can be reached at john@ritvacations.com or on his cell at +1-437-984-6313.