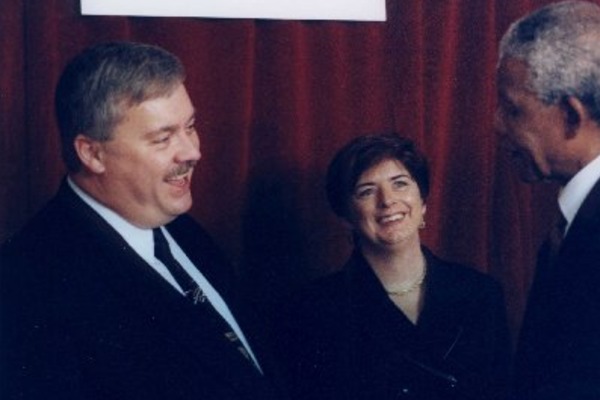 The former general manger and VP of South African Airways operations in Canada passed away yesterday, October 3, 2022 at the age of 71.

All of us here at Baxter Media remember Stephen as a constant visitor at our offices; as an early adopter of technology, he offered us lots of helpful advice as to what might (and might not) work when it came to automation; and he was a regular contributor to Canadian Travel Press with his WebWorld column – the first column that focused on travel technology and the Internet.

He is remembered in the following obituary which appears on his Facebook page:

“Stephen D Elmy, 71, of Ajax, Ontario passed away in the comfort of his home, surrounded by his family on October 3, 2022.

Stephen was born December 13, 1950 to Harold and Ruth Elmy in Belleville, Ontario. He has lived in Belleville, Toronto, New South Wales, Australia, Stewart, Vancouver and Ajax. Stephen was a loving father, husband and grandfather. He was never happier than in the company of family, especially his grandsons. He also loved to travel and turned this into both a career and pastime. He worked in the travel industry for more than 40 years until he was forced to give up the career he loved for health reasons. During his life, he travelled to more than 50 countries, but his favourite places were his first home, Belleville and his last home. He also loved a great meal with family or friends and the memories and laughter that these events created.

The family would like to extend their sincerest gratitude for all the messages and visits from family and friends.

A Celebration of Life will be held at a future date. Memorial donations may be made to the Canadian Cancer Society.”

So, take a moment today and remember Stephen Elmy, he will be missed …