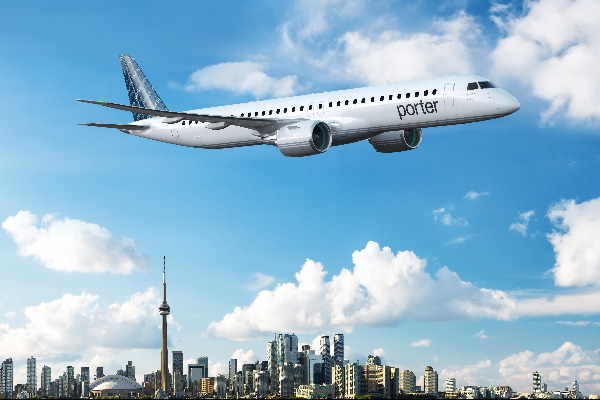 Porter Airlines is relaunching its VIPorter loyalty program to coincide with the start of its new Embraer E195-E2 jet service that begins on Feb. 1, 2023.

VIPorter’s new structure expands membership levels, adds benefits and makes it easier for frequent economy travellers to earn the perks they value faster than with any other Canadian airline.

Kevin Jackson, executive vice president and chief commercial officer, Porter Airlines, said that: “As we expand our network across North America and introduce amenities for all our passengers that create an elevated economy travel experience, we are also offering our VIPorter members new benefits and bringing frequent travellers perks that other airlines typically only provide to their most elite passengers.”

VIPorter members earn a minimum of five VIPorter points for every dollar they spend with Porter, including on airfares, checked bags, flight changes and seat selection.

Points can be redeemed for flights across the growing Porter network using either points-only or a combination of points and cash. VIPorter plans to introduce the ability to earn and redeem points on other services and airline partners as the airline grows.

A combination of points and cash enables passengers to discount their air fare. There are no capacity limits – if a seat is available for sale, points may be used to purchase the seat.

Said Jackson: “Other airline programs make earning points and redeeming benefits overly complex, and typically don’t provide full earning power at lower fares. We value the loyalty of all of our passengers. That’s why our members earn 100% of their points on all Porter fares, including Basic economy. That’s just another way we respect economy travellers.”

Once members reach $2,000 in qualifying spend in a calendar year, they become an Avid Traveller. This provides more benefits, which increase as they move through the four Avid Traveller membership levels. Additional perks include faster points accumulation, dedicated airport services, complimentary seat assignments, complimentary PorterClassic Stretch seats with more legroom, complimentary checked baggage and travel flexibility. Members can access these perks sooner than with any other Canadian airline.

With the the relaunch of the program, VIPorter is adding a number of new member benefits, including:

A complete overview is available on Porter’s website. Existing members will also receive an email by Feb. 1, confirming the updated program level they qualify for.

Registration in VIPorter is free and new members earn a 500 VIPorter point bonus after their first flight.

Go to www.flyporter.com for more.