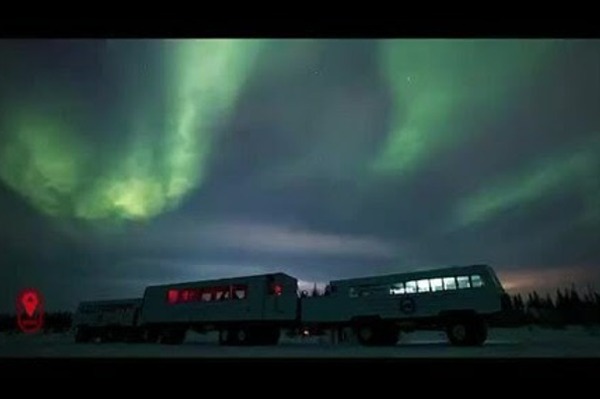 Travel Manitoba is reminding people that travelling in the province is about more than just a place. Whether it’s viewing the northern lights dancing in the sky, participating in an authentic Indigenous experience or visiting a world-class museum, Manitoba’s refreshed tourism brand conjures up the emotions that these experiences create.

Manitoba Premier Heather Stefanson said that: “Manitoba is open for business, and there is no better time to showcase Manitoba as a world-class destination of choice for travellers from Manitoba, Canada and around the world.”

The Premier continued: “With an abundance of outdoor recreation activities, a competitive and world-class sports and entertainment industry and a vibrant arts and culture sector, there is so much to explore in every community in our beautiful province. As our economy emerges into a new era of growth, this campaign will help ensure Manitoba’s tourism industry continues to be a key contributor to our economy and the growth of our communities.”

With the tagline Canada’s Heart Is Calling, the brand focuses on the feelings we have when we see or do something amazing while on holiday. The refreshed brand builds on the success of the previous Manitoba, Canada’s Heart…Beats, which redefined Manitoba in the eyes of visitors around the world.

Colin Ferguson, President and CEO of Travel Manitoba, said that: “The Manitoba, Canada’s Heart… Beats brand changed the way people viewed Manitoba as a travel destination. We wanted to tell the next chapter of that story.”

And Ferguson continued: “We know that travellers are seeking unique experiences that they can share with their friends and family. Manitoba is full of those experiences.”

The brand and its launch campaign were unveiled through a series of videos, including new television commercials that will begin airing this month. They focus on how travel makes us feel rather than just the places we go.

Travel Manitoba’s Brigitte Sandron, Executive Vice-President and Chief Operating Officer, said: “Travel calls to us. Some people seek adventure; some look for solitude and tranquility; others want to learn about history and culture. People want experiences that speak to their hearts.”

The new brand has been enthusiastically received by local tourism operators, many of whom are still recovering from the pandemic that decimated global travel.

Said Ferguson: “The tourism industry was put to the test during the pandemic, but its resilience will pay dividends. The industry in Manitoba has adapted to meet changing visitor expectations, and they’ve created new and unique world class experiences that will draw visitors and that will live up to our brand promise.”

The Manitoba Tourism Strategy targets to achieve visitor expenditures of $1.6 billion in 2024, and $2.5 billion by 2030.

Go to www.travelmanitoba.com for more.