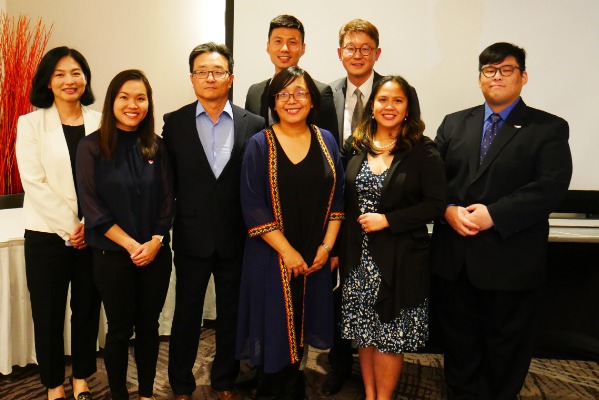 Incheon International Airport of Seoul, South Korea has repeatedly earned Skytrax honours as one of the world’s top airports, as well as a #1 ranking as the world’s best transit airport – facts that were celebrated at a recent travel trade dinner in Vancouver hosted by Korean Airlines.

As well, the Airports Council International (ACI) recently recognized Incheon with a top ranking (Level 5) of its Airport Customer Experience Accreditation program. Incheon Airport is the first airport in the world to achieve this top level of accreditation.

The dinner event was held at the Hilton Vancouver Metrotown in Burnaby, and also featured presentations by reps from some of the key destinations in Asia. These included Singapore, Philippines, Malaysia and Taiwan – all brought the latest tourism news from each of these destinations.

Incheon Airport is building on its profile as the world’s number one transit airport with the opening of two hotels at the airport – between Terminal 1 and Terminal 2 – that are for transit passengers only.

Incheon’s popular transit tour and stopover tour programs, in which transiting passengers can book local tours, had been put on hold during the pandemic, but will resume soon. January 2023 is the restart date for these tour programs.

Newly on offer will be a five-hour tour of the demilitarized zone (DMZ) between North and South Korea, established as part of the armistice by the two countries. Information on this and other tours is at: kstopover.com

Korean Airlines operates daily flights from Vancouver YVR and five flights per week from Toronto YYZ. A B787-9 Dreamliner is used on the routes, with 24 business class suites and 245 economy class seats.

Go to www.koreanair.com for more.