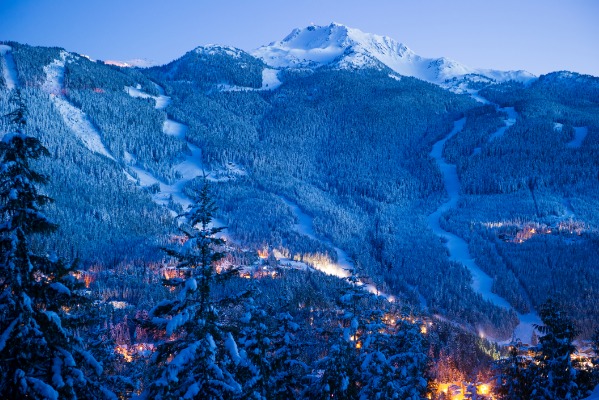 The Nov. 24 date set for the start of skiing and boarding at Whistler Blackcomb will have an inconvenient snag that will last until sometime in December.

The Creekside Gondola, which carries skiers/boarders up the south side of Whistler from the base of the mountain at Creekside village, will not be in operation when the resort opens. Vail Resorts, owners of Whistler Blackcomb, has been constructing a newly upgraded gondola system at Creekside and had been on schedule to start running the new lift on opening day.

But supply chain issues have left the construction team without the haul rope cables that carry the Doppelmayr gondola cars. Installation of the haul rope is scheduled to start in November but won’t be completed until sometime in December, said resort officials.

“The towers and assemblies are in, earth work is done, and we are nearing completion of the plaza areas,” said Geoff Buchheister, the COO of Whistler Blackcomb. “Our team has also been supporting the Doppelmayr installation team due to their labour shortage and have assisted in improving timelines. We are also bringing in lift mechanic team members from our Australian resorts, who recently finished their winter season, to help accelerate the project.

“When we launched the project with Doppelmayr in November 2021, the lifts were set to be fully completed and commissioned by November 24, 2022,” said the COO.

The delay will be the most inconvenient to those who have booked hotel stays at Creekside Village for their ski holidays. Their access to Whistler Mtn. has been temporarily severed, meaning they will have to ride buses to and from the main Whistler Village, about four km. away.

There are about nine hotel properties in Creekside, and one of them even offers ski-in/ski-out convenience. Creekside is an increasing popular option for visitors that offers “back door” access to the double-mountain complex of runs, trails, lifts and lodges.

Whistler Blackcomb will provide free and frequent shuttles to transport guests who are staying at Creekside, or parking there, to/from Whistler Village. The bus transfers will run between 8 am and 5 pm, until construction of the Creekside Gondola is completed.

The Base II lots (6-8) at Blackcomb will be open and free of charge, while the Whistler Village day lots (1-5) will also be open. There will also be electronic highway signage to keep car drivers updated on their best options for parking.

Go to www.Whistler.com for more.