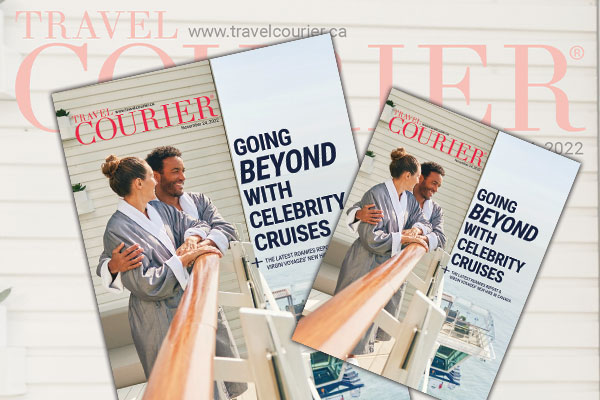 “On Dec. 4, 2018, we officially launched Celebrity Edge, the first ship in this brand new series. She was named to reflect her modern, ambitious, game-changing architecture and design. It was the culmination, for so many of us, after years of dreaming, planning, designing and reimagining the Celebrity experience. The end result was innovation like our industry had never seen before,” recalled Lisa Lutoff-Perlo, the president and CEO of Celebrity Cruises. “We were excited to introduce her sister ship Celebrity Apex 18 months later — we affectionately called her perfection doubled.”

During a special naming ceremony cruise this month for Celebrity Beyond, Lutoff-Perlo revealed how she was already dreaming bigger during the early stages of working on Edge.

“Throughout the process of designing Edge, I remember thinking, this ship is going to be extraordinary. Wouldn’t it be nice for a little bigger so we could create even more experiences for our guests?” she said. “After I decided to actually say that out loud… Once Edge was fully designed and in the can, we immediately turned our attention to Number Three and our opportunity to make a spectacular ship even more spectacular and more ground breaking. We really wanted to enhance the series and the guest experience.”

As a result, Celebrity Beyond is longer and a full deck taller, with added touches like cantilever infinity pools, a new signature restaurant — Le Voyage by Daniel Boulud, the return of the World Class Bar (a popular bar that isn’t on any of the other Edge ships), tweaks to the club so that it can be optimized for daytime use and a larger Grand Plaza, the open-concept hub of the ship, which features a martini bar at the centre topped by a three-story Chandelier, which now also has a walking bridge on deck five.

Check out the latest issue of TRAVEL COURIER for the full story.