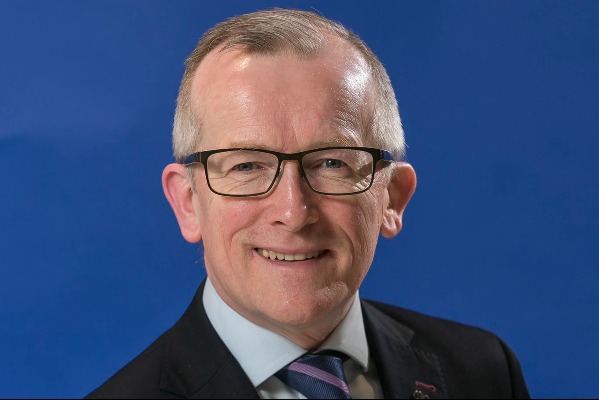 Niall Gibbons has announced that he is stepping down as the Chief Executive of Tourism Ireland in April 2023.

Gibbons has been with Tourism Ireland for 21 years, 14 of those years as its Chief Executive and during those years he has played a part in every aspect of the promotion of the island of Ireland as a tourism destination overseas, since the set-up of Tourism Ireland after the Belfast Agreement of Good Friday 1998.

Tourism Ireland’s Chairman, Christopher Brooke said: “I would like to thank Niall for his outstanding leadership and commitment to tourism over the last 21 years. Tourism Ireland has been one of the great success stories of the Good Friday/Belfast Agreement, demonstrating that compromise and goodwill can build a better future for all of us.”

Brooke continued: “Under Niall’s leadership, the island of Ireland’s reputation abroad has grown significantly. Initiatives like the renowned Global Greening on St Patrick’s Day around the world, screen tourism partnerships like Game of Thrones with HBO and Star Wars with Lucasfilm Ltd have put Tourism Ireland at the cutting edge of marketing and branding effectiveness. Northern Ireland has also seen its tourism fortunes transformed in Niall’s time, with the promotion of iconic experiences like Titanic Belfast and Northern Ireland’s world-class golf product.”

And he observed: “It is no wonder that the World Economic Forum has ranked Ireland third out of 140 countries for tourism marketing and branding effectiveness. The Board will now progress to an open international competition for a new Chief Executive to build the long-term, sustainable future for the industry.”

For his part, Gibbons said: “After 21 wonderful years with Tourism Ireland, almost 14 as Chief Executive, I have informed the Chairman of my intention to step down from my role in April 2023. Being CEO of Tourism Ireland, leading an exceptionally talented team, has been a great honour and privilege.”

Gibbons continued: “I started with the company just after 9/11 and tourism has weathered many challenges since then, including COVID 19. As we approach the 25th anniversary of the Good Friday Agreement, which gave rise to Tourism Ireland, the time is right for a new challenge.”

And he concluded: “I want to thank everyone for all the support I have received over the last 21 years. I look forward to seeing as many of you as possible over the next few months before I depart. I wish the staff of Tourism Ireland and the tourism industry well in 2023 and beyond.”