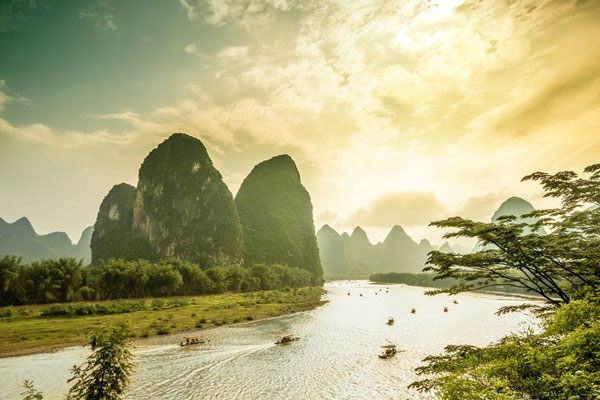 IATA is urging the Asia-Pacific region to prepare for the anticipated surge in traffic and provide policy support for the industry’s decarbonization efforts, as the region moves forward from COVID-19.

Conrad Clifford, IATA’s Senior Vice President and Deputy Director General, said that: “The last three years have been extremely challenging for the airline industry. Asian airlines, in particular, were hit hard, accounting for about a third of the industry’s losses between 2020 and this year. With the region finally emerging from COVID-19, governments have a key role to play in accelerating the recovery, and supporting the industry’s sustainable growth.”

Clifford was speaking at the Association of Asia Pacific Airlines’ (AAPA) Assembly of Presidents in Bangkok.

He observed that: “Asia has been a laggard. The rest of the world started lifting restrictions and reopening borders last year. However, it was only around April this year that positive momentum was seen in Asia. That is why international passenger demand in September was only at 41.5% of 2019 levels, the lowest among regions.”

Clifford continued: “Asia-Pacific governments can accelerate the recovery. There is no reason why we cannot travel as we did before the pandemic. The region also needs to prepare for the surge in traffic. The delays and congestion experienced in Europe and North America should be a stark reminder for airports and government agencies in Asia-Pacific. Now is the time to get the capacity in place, both in terms of infrastructure and the manpower.”

IATA is also calling for more digitization of processes so as to be able to handle the increase in traffic.

He recognized the region’s recovery will be held back as long as China remains closed to international travel, pointing out that: “We must learn to live, travel and work with COVID-19. We hope the Chinese government will have the confidence to re-open its borders soon and connect with the world.”

Said Clifford: “We are extremely encouraged by the LTAG agreement at the ICAO Assembly. With both governments and industry focused on the same goal, the significance of LTAG cannot be overstated. But to achieve net zero CO2 emission by 2050, government policy support in key areas of decarbonization is critical. One such area is incentivizing the production capacity of Sustainable Aviation Fuels (SAF).”

SAF is currently expected to account for 65% of carbon mitigation in 2050. It will be the largest contributor to the industry’s sustainability. Airlines bought every drop of SAF available in 2021 and have committed to over $17-billion of forward purchasing agreements.

However, Clifford said: “The problem is the limited supply and high costs. I urge Asia-Pacific governments to look at stimulating SAF production.”

Government incentives for SAF could see 30 billion litres of production capacity globally by 2030. Japan and Singapore have demonstrated an exemplary approach to SAF, actively involving the industry in the consultation process, and in promoting domestic production of SAF.

And he also highlighted the need to address air traffic congestion on routes between Asia and Europe, which has been increasing due to airlines reinstating their networks, coupled with diversions to avoid the airspace over Afghanistan, Russia and Ukraine.

Clifford concluded: “Over the Bay of Bengal, air navigation service providers in India and Malaysia have been working towards trials to reduce separation standards safely between aircraft to increase the airspace capacity. This is positive. We need the neighbouring states to cooperate with each other, work with airlines, to implement procedures that make full use of the capabilities of modern aircraft.”

Go to www.iata.org for more.