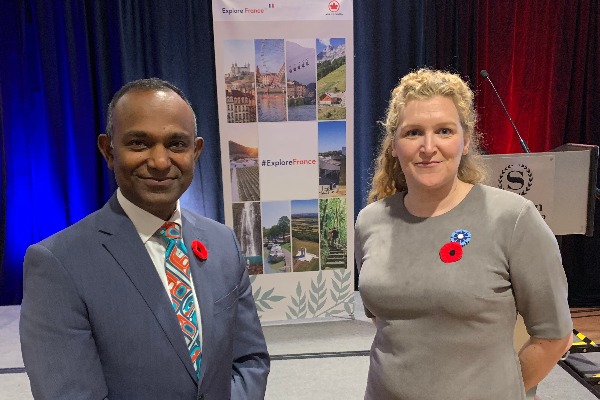 Speaking at an event in Toronto last night (Nov. 9) that was focused on “Travelling in France in a More Sustainable and Responsible Way,” French General Consul in Toronto Tudor Alexis addressed the “elephant in the room” that is air travel.

Notably, he pointed out that France has banned air travel for flights where people can reach the destination in under two hours — opting instead to focus on its expansive rail network.

“I’m all excited about how we’re going to take tourism in the new age — new age being the post COVID era,” Alexis told PressToday. “How do you balance promoting the tourism industry from Canada, which is not people coming on bicycles, or rowing or on trains, they’re obviously coming on planes — and how to keep the promise of making the planet better.”

For example, he suggests that travel advisors focus on working with airlines like Air France and Air Canada, who are “massively investing in sustainable travel,” and on planning trips to Europe for longer periods of time.

“One sector that was very affected by the pandemic was the airline sector,” he added. “So we gave $7 billion to Airbus and we said the only condition that we give is to come up with a carbon neutral plane by 2035.” 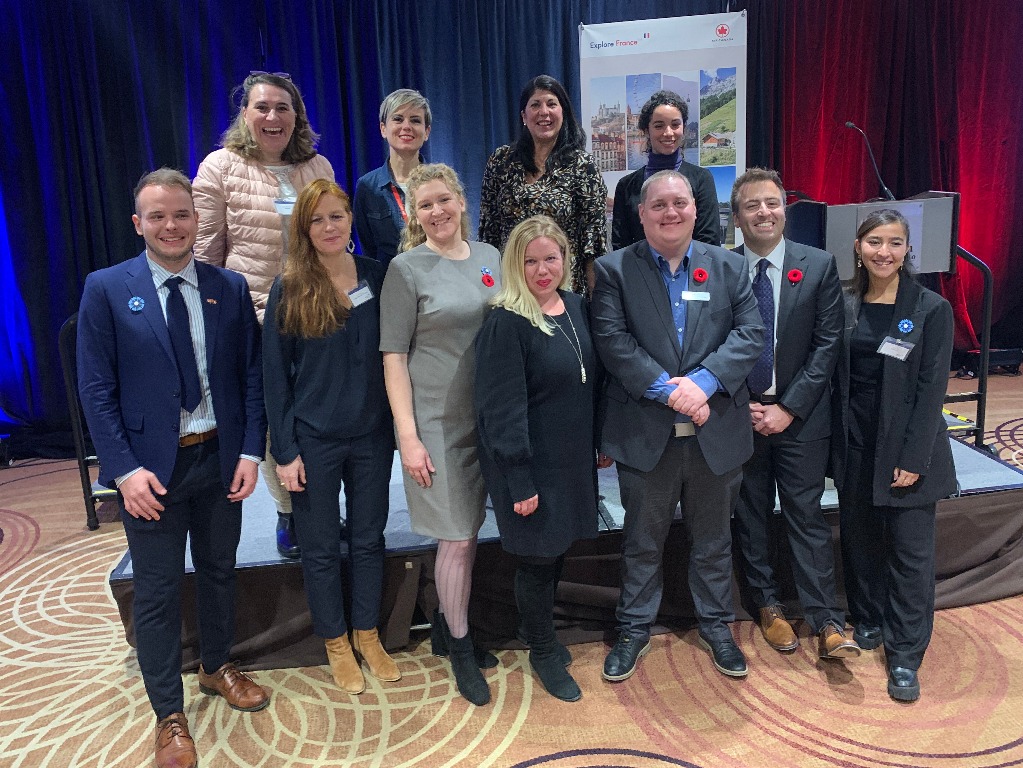 “Canada and France are now very well connected. Better connected than many countries in the world and certainly in North America, we’re a striking example so we need to communicate now how to travel better and how to make our stay longer in France,” said Mélanie Paul-Hus, Director for Canada for Atout France. “It’s possible to visit many regions and many different countries. We’re totally fine if people want to travel to France and also to Spain and also to Italy in the same trip because now it makes sense.”

Paul-Hus noted that some natural attractions are limited to 400 people per day to preserve the environment for future generations to come, while museums like the Juno Beach Centre offer discounted admission for those who travel by train or by bike.

Meanwhile, she says the recovery for the Canadian market is in full swing, with July and August figures showing a 19% increase over 2019 levels.

“Tourism is an important industry — it’s 10% of the GDP,” she says, adding that clients can also make a difference by posting ways of travelling more sustainably on social media posts. “We know Canadians want to travel to France, we’ve seen it, but we’re here tonight to focus on the key ways to make travel more sustainable.”