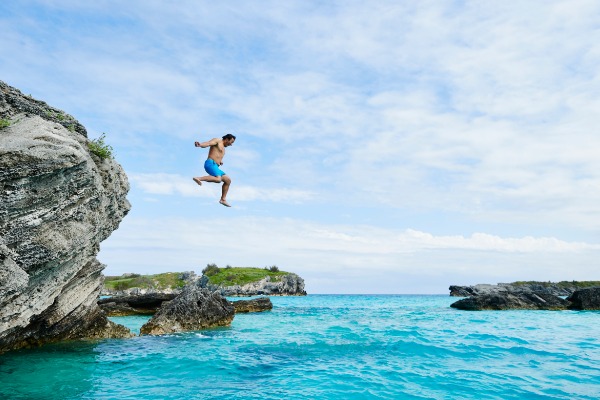 In this newly created role, Douglas will lead the BTA’s efforts in promoting Bermuda as a world-class and welcoming destination for all.

BTA Interim CEO, Tracy Berkeley said: “We feel extremely fortunate to have Jamari back with us at the Bermuda Tourism Authority. His deep knowledge of our island and its offerings, along with his proven leadership skills and marketing expertise, will give Bermuda a major boost in the years to come.”

Born and raised in Bermuda and from Deepdale Pembroke, Douglas is no stranger to the BTA, beginning as the organization’s Sales and Marketing Intern and rising through the ranks to serve for several years as the organization’s Digital Marketing Manager. During that time, he managed the BTA’s website, content and digital media distribution, working closely with all teams and partners to ensure success.

He spearheaded the BTA’s groundbreaking collaboration with Google, which made Bermuda the first island destination to have its entire jurisdiction on Google Street View. The project won a Platinum Adrian Award for digital marketing innovation from the Hotel Sales & Marketing Association International (HSMAI) in 2018, one of the travel world’s most prestigious honors.

Douglas obtained a Bachelor’s degree in Business Administration, Marketing from Morehouse College in Atlanta, Ga.  He also has several Google Training Certifications, a project management certificate from Pace University, and is currently a NYU Stern School of Business MBA Candidate.

Most recently, Douglas worked as Marketing Director at the Bermuda Business Development Agency (BDA), where he developed and launched a new brand, facilitated media partnerships along with a robust content strategy.

With additional responsibilities including, branding and messaging of Work from Bermuda Programme, Climate Risk Finance, and the development of Bermuda’s Climate Hub on the BDA website. He has served on committees: BOPP, Our World Too, and ILS Bermuda.

Said Douglas: “I’m thrilled to be back at the BTA, where my career began 13 years ago, and I’m honored to take on the role of Vice President, Marketing, PR and Communications. My extensive experience and expertise in the tourism landscape coupled with my hard work and unwavering commitment to Bermuda guided me to this position. We have a dedicated team of passionate and diverse people. I am also looking forward to reengaging with local and international partners to grow tourism in Bermuda delivering against our National Tourism Plan.”

In his new role, he will focus on honing the strategic direction of the BTA’s global marketing and communications programs, including oversight of all international agency partners. He has also headed up the roll-out of a refreshed brand, and the new Lost Yet Found campaign which has been featured in publications in North America, the UK, and Europe and has had impressions of 89.2 million so far. Douglas will be responsible for ensuring that all marketing and communications programs follow the direction of Bermuda’s National Tourism Plan.

Go to www.gotobermuda.com/bermudatourism for more.