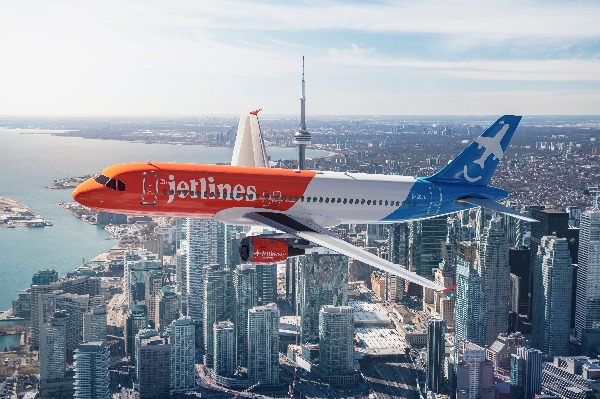 Canada Jetlines Operations Ltd. reports that the United States Department of Transportation has granted it economic authority to serve the U.S.

This exemption is effective immediately and will be replaced by a permanent foreign air carrier permit.

Canada Jetlines requires Federal Aviation Administration (FAA) approvals before it can start operating to the United States and expects this process to be completed before the end of the year.

“We are looking forward to expand our international network, as the U.S. is a top market for Canadian travellers” stated Eddy Doyle, President & CEO Canada Jetlines. “With the winter months fast approaching, we know sun destinations will be a priority for leisure travel and we intend to announce our first international destination later this month.”

The upcoming Vancouver service will complement the airlines operations of biweekly flights, operating Thursdays, and Sundays out of Toronto (YYZ) to Calgary (YYC) from 07:55am — EST 10:10am MST and returns from Calgary (YYC) to Toronto (YYZ) 11:40am MST – 17:20 EST.

Go to www.Jetlines.com for more.