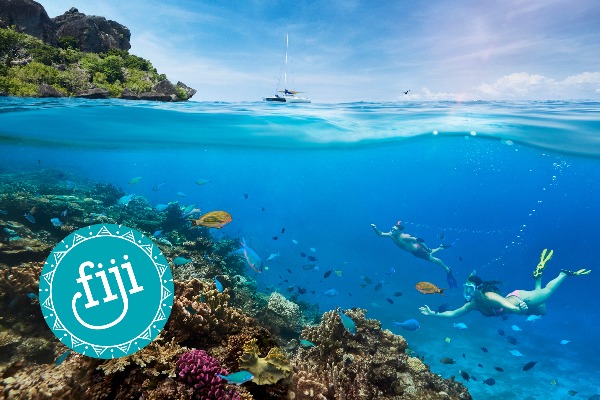 Daly, regional director at the tourism board’s Los Angeles office, told a Baxter Media webcast that her South Pacific destination is a particularly welcoming place, adding there’s a “spirit on Fiji that everyone is family … You arrive as a visitor but you leave family.”

Tropical Fiji is home to some 333 islands, about 110 of them inhabited. Those visiting the inhabited ones will encounter Fijian culture everywhere, with Fijians eager to share that culture with visitors.

Daly told webinar viewers that a Fiji vacation is “not just about lying in a hammock,” adding adventurous sorts will be in their element there, with Fiji offering such pursuits as white-water rafting and scuba diving.

Those wanting a romantic vacation will have no trouble finding privacy, she continued.

Among resorts catering to those wanting a romantic stay is the Tokoriki Island Resort, which Daly described as “one of the sexiest little honeymoon resorts you will find anywhere.”

The resort turns off WiFi between 7 and 9 p.m. “so people have to talk to each other,” Daly reported.

Among other noteworthy resorts mentioned by Daly were the Matamanoa Island Resort, which has a spa built in trees, making it the equivalent of a “treehouse spa”; Savasi Island, which has converted a boat once use to carry divers into hotel rooms; and the Yasawa Island Resort & Spa, which can send guests to a particularly quiet beach with a picnic basket and walkie-talkie and “you don’t see anyone for 3 hours unless you walkie-talkie back that you need more champagne.”

Daly noted that the Tom Hanks movie Cast Away was filmed in Fiji, while the pixar animators for the movie  Finding Nemo visited it as well for inspiration.

Meanwhile, Jon Murray of Fiji Airways told webinar viewers that Fiji Airways’ non-stop Vancouver-Nadi route is proving successful. The route was launched Nov. 25 and Murray said “We have seen some excellent loads,” which he added “is largely thanks to the support we have received from agents like yourselves.”

Monday and Friday flights leave Vancouver late at night, enabling people in other parts of the country to arrive in time for their Fiji departure, he said.

Fiji Airways works with both Air Canada and WestJet.

The airline uses an A330 on its Vancouver route, which Murray described as a “very comfortable aircraft.”

Those wanting to visit Fiji must be vaccinated, while children under 16 can enter with vaccinated parents.

Visitors must also have travel insurance.

Daly noted the tourist board has the Matai Specialist Program for agents wanting to learn about Fiji.

Among tour operators sending people to Fiji is Goway.

The webinar can be seen here : https://youtu.be/Xyz9bNaeCJQ