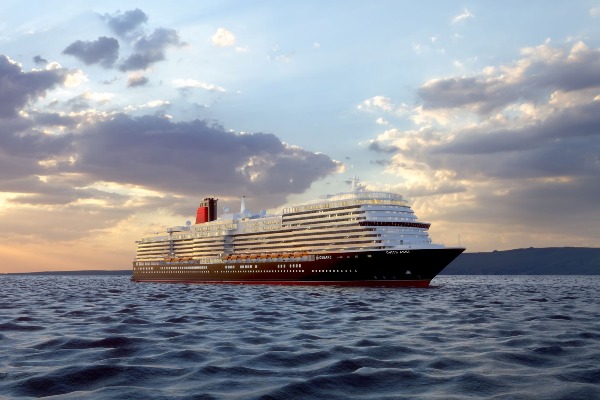 Cunard has released details of its April 2024 to January 2025 cruise schedule. Cunard World Club members will be able to book the new itineraries beginning Dec. 6 and then general sales will be open on Dec. 7.

The new program will feature over 190 new voyages across 90 destinations worldwide. Guests will be able to make the most of more time in port thanks to several late evening departures and overnight stays, in places such as Reykjavik, Tromso, Rotterdam and Quebec.

Cunard’s newest ship, Queen Anne, will set sail on May 3 May for its seven-night maiden voyage to La Coruna and Lisbon. It will then depart for a 14-night voyage in the Canary Islands before travelling around the British Isles, taking in highlights in Scotland and Ireland, as well as Cunard’s founding home port, Liverpool. Throughout its maiden season, Queen Anne will sail from Southampton on itineraries to the Mediterranean, Scandinavia, the Canary Islands, and the Norwegian Fjords, visiting over 60 unique destinations in 16 countries.

The Queen Mary 2, will continue to maintain Cunard’s 182-year tradition of transatlantic travel, undertaking 20 crossings between Southampton and New York. It will also voyage to Scandinavia for the Northern Lights and the Caribbean, where she’ll spend the 2024 festive season.

Queen Victoria will spend summer in the Mediterranean, offering over 75 fly-cruise itineraries to Spain, Italy, Greece, Turkey, Montenegro, and Croatia on a series of 7, 14 and 21-night sailings departing from Barcelona, Civitavecchia (Rome), Trieste, Hamburg and Istanbul. Queen Elizabeth will once again be travelling through the spectacular scenery of Alaska and the schedule for this will be released in the coming months.

Sail on over to www.cunard.com for more.