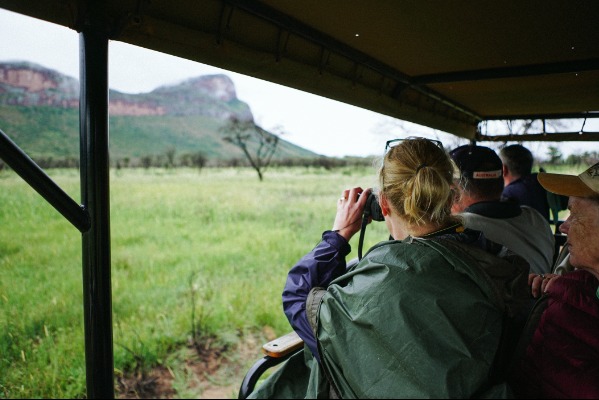 This tour is one of many in Collette’s small group lineup with a focus on unique modes of transportation.

Diana Ditto, Senior Director of Product Marketing at Collette, said: “This tour gives travelers the opportunity to explore southern Africa beyond the game drives they are used to.”

Ditto continued: “They will hop into a 4×4 and go on 7 land game drives, but they’ll go beyond your typical safari. They climb aboard a private, luxury safari boat, some smaller tender boats, and even take a game walk in search of the wildlife in Zimbabwe, Botswana, and South Africa.”

The 15-day tour, which begins at $7,120.00 per person, will have its first departure in May. This small group adventure will have a maximum of 24 travelers to allow for a deeper dive into both the wilderness and culture of southern Africa. In addition to the search for the Big Five game animals, travelers can expect to visit the powerful Victoria Falls, take part in a simple, traditional meal with locals during a home-hosted lunch, drive down countryside roads not frequented by other travelers, and visit an elephant sanctuary, among other unique inclusions.

Small group tours like this one make it a point to take travellers beyond the coach and implement unique modes of transportation to help travelers to the heart of a destination. Whether they’re zipping through the streets of Bangkok in a tuk-tuk, cruising in the back of a vintage taxicab in Dublin, floating down the canals of Venice in a gondola, exploring Lisbon in a private tram, or white water rafting down Montana’s Flathead River, these adventurers travel in style around the world.

Go to www.collette.com for more.