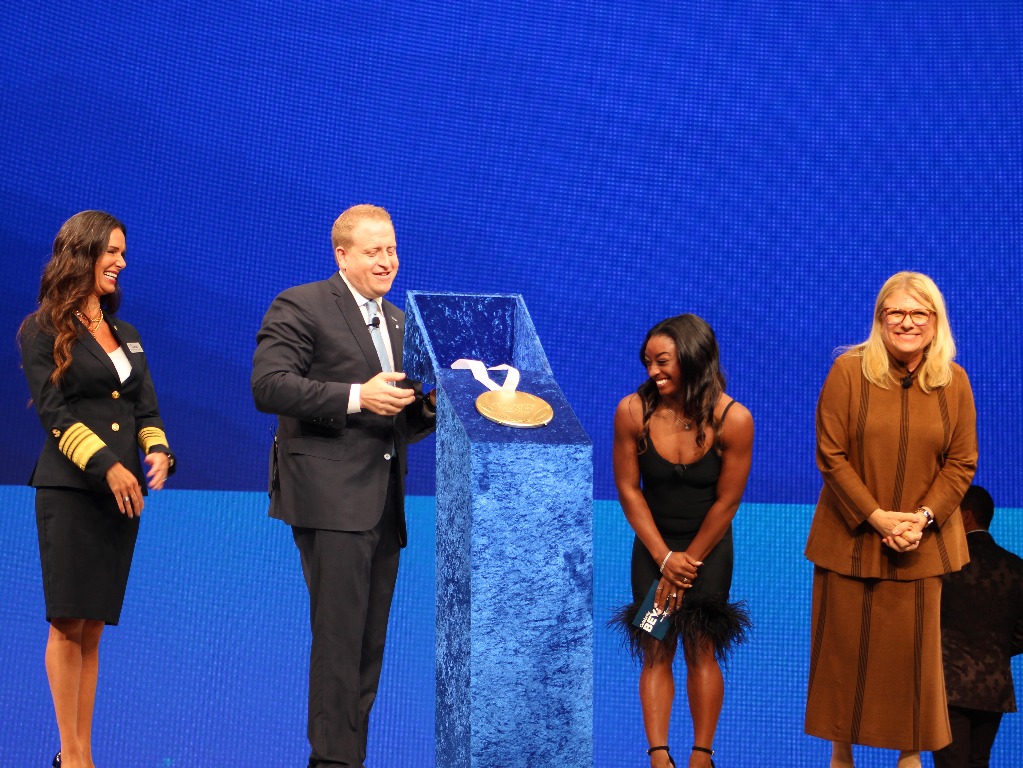 After the seven-time Olympic Medalist officially named Celebrity Beyond, Jason Liberty, President and CEO of the Royal Caribbean Group, the parent company of Celebrity Cruises, revealed that Biles would be pushing a giant gold medal to release the bottle of champagne against the ship instead of the traditional push button. 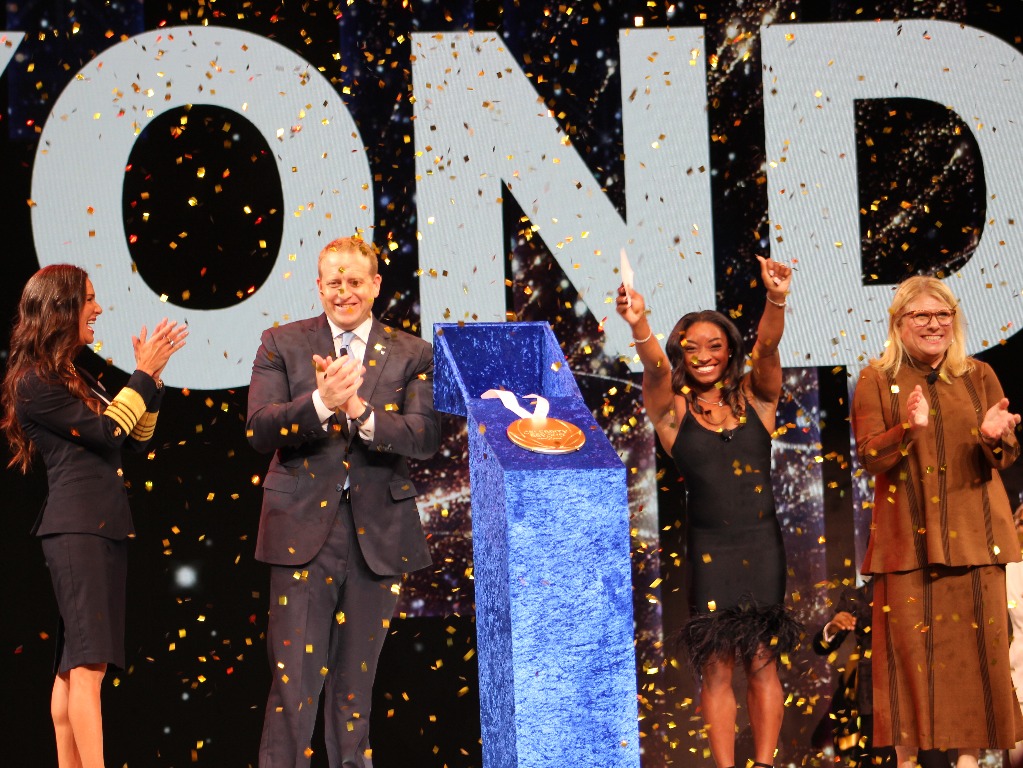 “It is an honour to be selected as Beyond’s Godmother and to join such a distinguished group of strong, barrier-breaking women who have been named as Celebrity’s Godmothers before me,” said Biles, who took the stage to a standing ovation. “I appreciate the important message this designation holds in recognizing our accomplishments as empowering women, and I am honoured to share the stage today with fellow brave, boundary-breaking leaders like Lisa-Lutoff Perlo and Captain Kate McCue.”

The elaborate affair included a live performance from award-winning singer and songwriter, Leona Lewis, who performed Fire Under My Feet and rendition of Snow Patrol’s Run, blessings from a rabbi and a priest, an aerial performance and more. Executives from Celebrity Cruises were ushered in by the The Black Thorne Pipe Band. 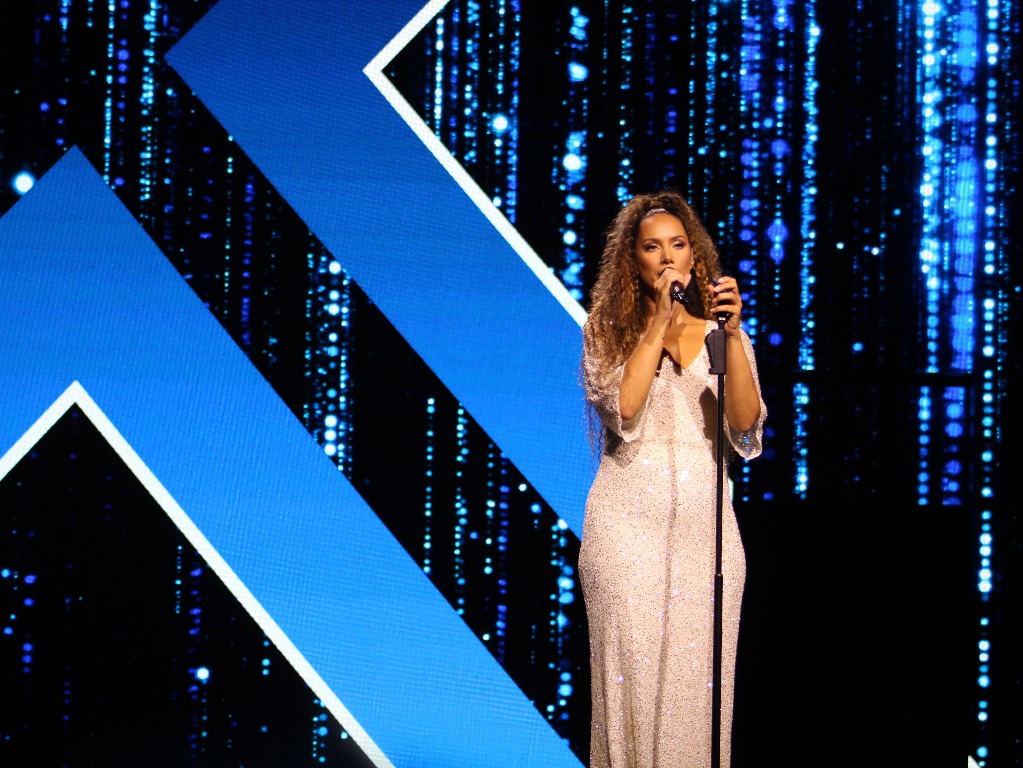 “I can think of no one better to be the Godmother of this incredible ship than the G.O.A.T. herself – Simone Biles,” said Liberty. “This ship’s beauty, power, and resilience sets the standard by which all others will be measured. Simone’s determination, progressive nature, empowered attitude, and grace in the face of challenges make her such an inspiration to so many around the world.  All of these attributes are why Simone Biles is perfectly suited to watch over Celebrity Beyond’s journey.”

Simone Biles follows Reshma Saujani of Girls Who Code and Nobel Peace Prize Laureate Malala Yousafzai, who previously inaugurated Celebrity Apex and Celebrity Edge, respectively. Meanwhile, Captain Kate McCue, was the first and still the only woman to be named captain of a “Mega” cruise ship. 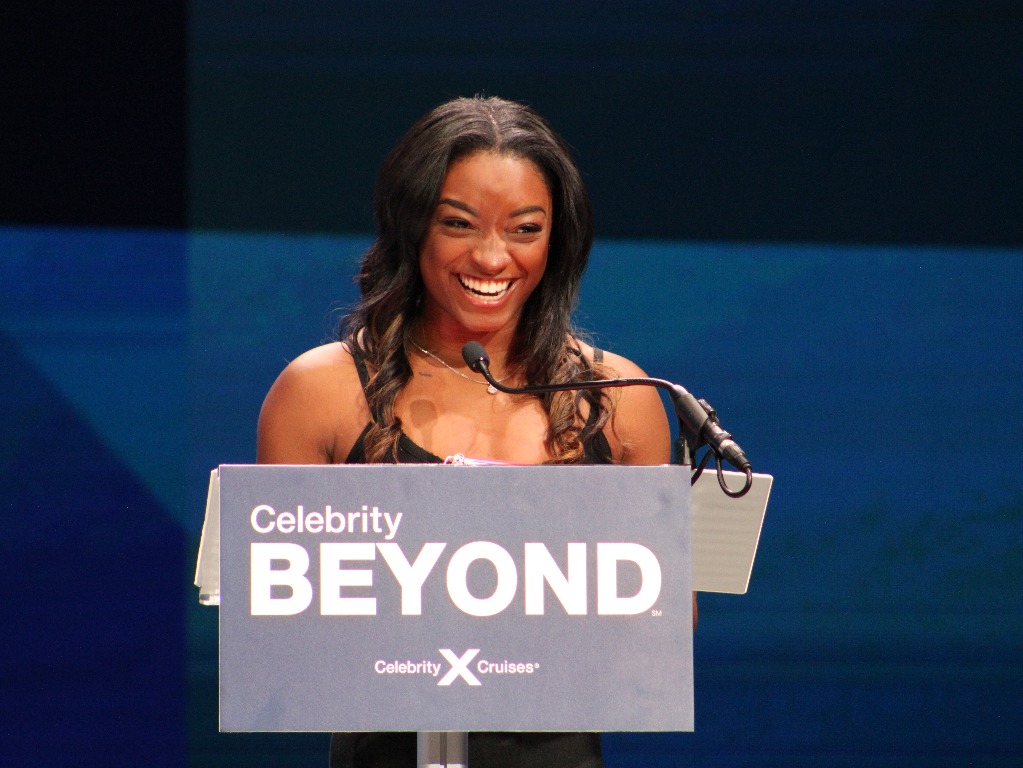 “I’ve been waiting for this day to arrive for a long time and I am ‘Beyond’ excited to be able to share her with our guests. She is the gold standard by which other ships are built and embodies the meaning of relaxed luxury,” said Lisa Lutoff-Perlo, Celebrity Cruises President and CEO.

Lutoff-Perlo said she chose to walk up to the podium to Leona Lewis’ Fire Under My Feet because the lyrics resonated with her. 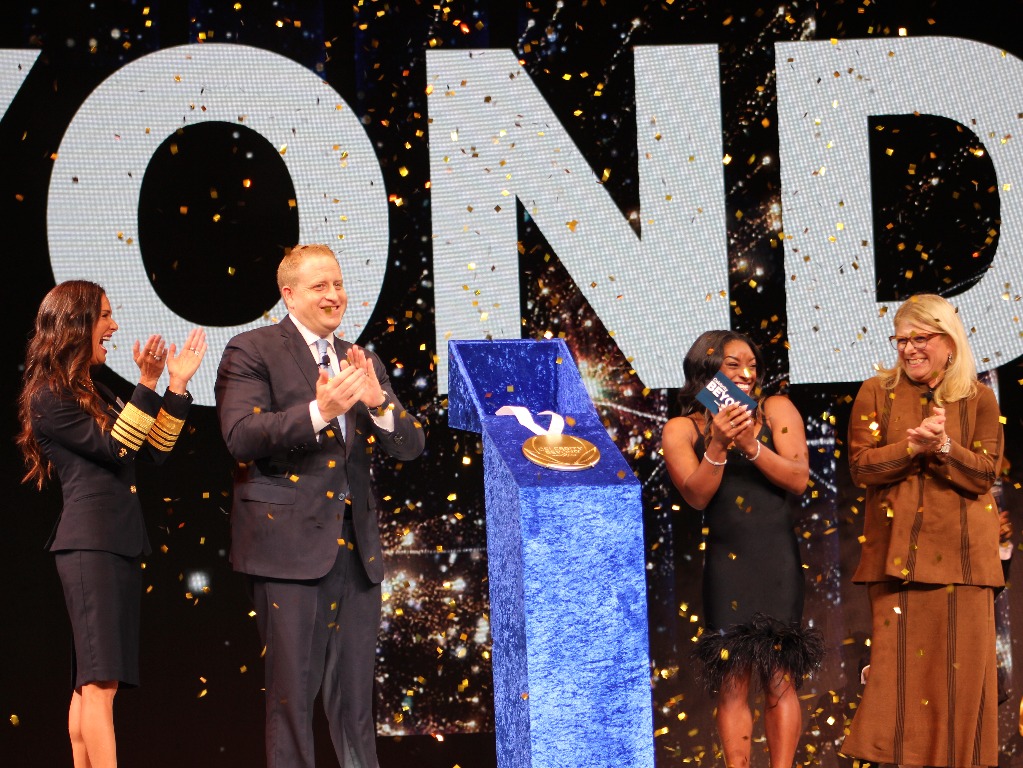 “These lyrics not only perfectly capture the spirit of our very special Godmother Simone Biles, but they’re also beyond appropriate for both this extraordinary ship that we’re naming today and our brands. Full disclosure, throughout the next couple of days with us you’re going to hear a lot of bad Beyond puns. We all watched the world crumble as the song says more than two years ago, but that’s in the past. We’re here today stronger than ever with a bright future ahead. All of us at Celebrity have been dancing over the flames over the last couple of years, but we’re moving beyond to bigger and better things — 20 metres longer and one deck higher to be exact,” she said, alluding to how Beyond is bigger in size than Celebrity Apex and Edge. “Welcome to Celebrity Beyond. This ship really lives up to her name in every way. She goes beyond expectations, beyond imagination.”