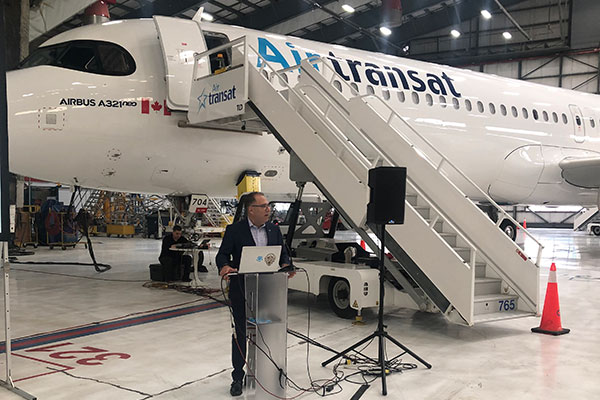 In his welcome to a select group of VIP travel trade partners out at its hangar at Toronto’s Pearson Airport this week, Transat’s chief sales and marketing officer, Joseph Adamo observed that: “2022 has really been about stabilizing and transforming the organization – that can seem like a paradox, how can you stabilize and transform — but that’s exactly what we are doing and are succeeding in doing.”

Adamo continued: “2022 will have been a difficult year, but certainly the first piece of a successful restart and a successful recovery. We remain confident but we are cautious and again that may seem a bit oxymoronic but that really is where we are at.”

However, he added that: “We are confident for 2023 but remain cautious.”

Transat’s chief sales & marketing officer also made it clear that the company will be focusing on its three main lines of business – airline, tour operations and its TDC retail network – and has “abandoned our ambitions of becoming a hotelier.”

In 2023, Adamo told his audience that Transat will “deploy nationally, capacity that is pretty much on par with what we had in 2019. Give or take a couple percentage points.” 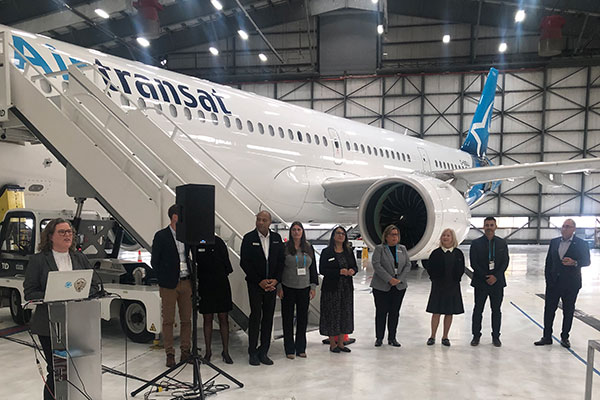 He also said that the new Transat has concentrated its operations in Eastern Canada, explaining: “If you look from Ontario East, we are talking significantly more capacity being deployed. It just stands to reason right. If nationally we are kind of at par, but we concentrated – we’ve taken aircraft we used to have in the West, and we’ve put them in Eastern Canada. We are growing particularly this winter and we will have an abundant and compelling offer in Ontario, Quebec, and the Maritimes.

Adamo added: “Our choice to concentrate in Eastern Canada, while a difficult choice, was absolutely the right thing for us to do. We are now two-plus years into that decision, and it was very touching the reaction – people were sorry to see us leave Western Canada en masse but the reality is we simply could not and still cannot operate meaningfully out of Western Canada at the right scale.”

Not surprising, Adamo talked about Transat’s fleet and the VIPs attending this week’s event (Oct. 19) had a chance to take a look at Transat’s A321neoLR.

He told the gathering that there has been a ‘massive transformation’ of Transat’s fleet, pointing out that: “The fleet we fly today is on average 40% younger than the fleet we operated pre-pandemic.” 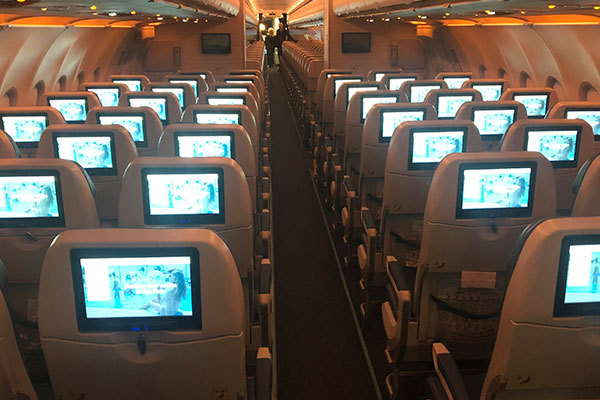 Adamo also talked about the importance of its airline partnerships and codeshare agreements and the opportunities that these provide.

Said Adamo: “We have one with WestJet which was launched earlier this year and just yesterday (Oct. 18) we began codesharing on Porter.”

He continued: “It was announced a few months ago but its live as of yesterday (Oct 18).  So, in the first phase it’s pretty modest but it’s Billy Bishop to Montreal and then from there we take people on to, this winter, to Paris – London – Lisbon – and some sun markets and likewise from Halifax into Montreal.”

While cautious, Adamo told his audience that looking ahead to 2023, “winter is shaping up to be quite good.”