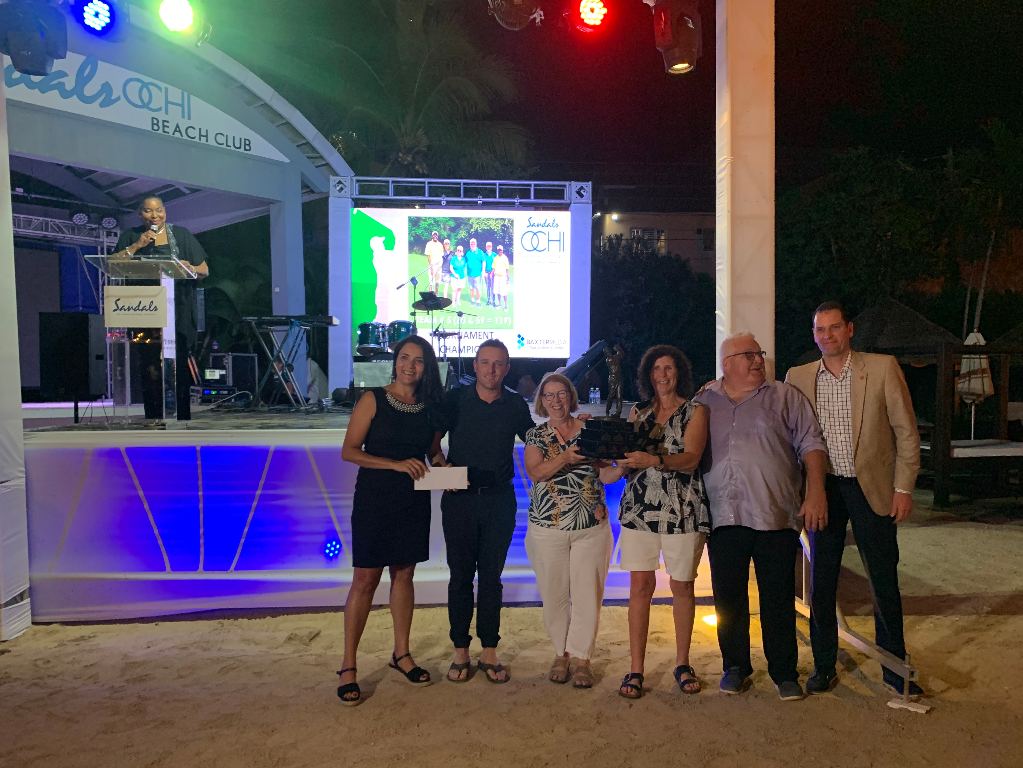 After two days of stiff competition, Team 5 has come out on top as the champions of the 26th annual Canadian Travel Industry Golf Tournament hosted in partnership with Sandals Resorts and Baxter Media.

The winners — Trevello/TPI’s Norah Hogan, Joanne Shinwell and Curtis Dewar based in Toronto and Sarnia, along with Jake Coldiron of Unique Vacations Miami — earned the top honours with a combined score of 119 after two days at Sandals Golf & Country Club in Ocho Rios, Jamaica. 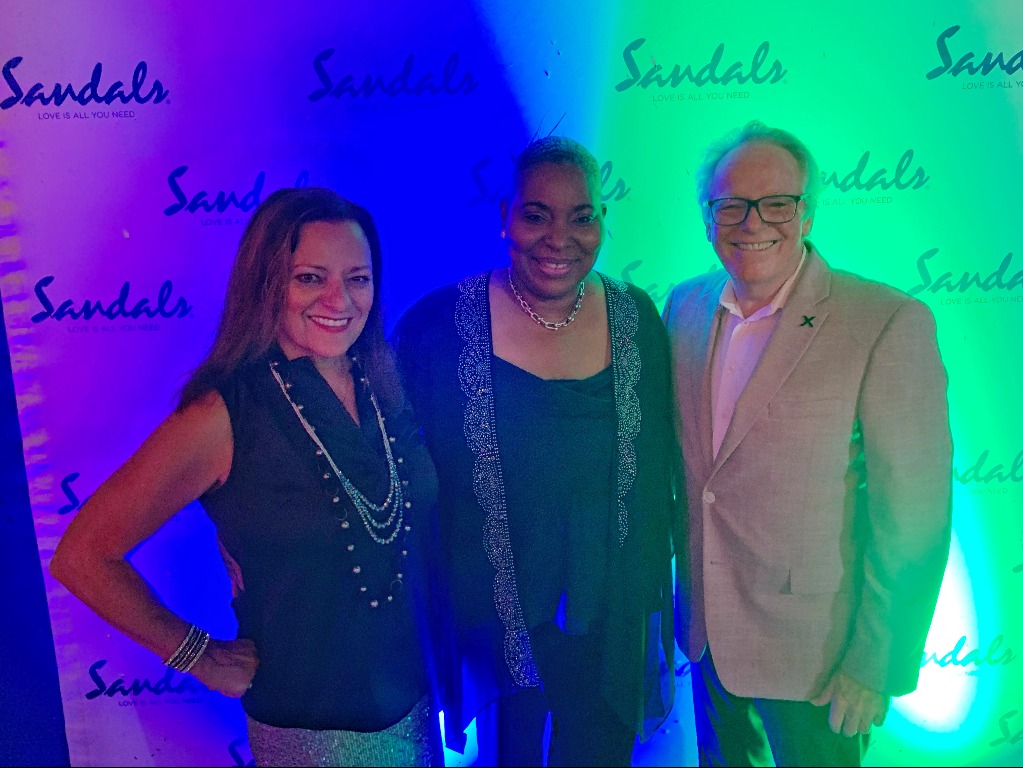 “We love golf!” Hogan told PressToday following the awards presentation, noting that most of the team played together for the first time over the past two days. “This is our first time down at the tournament.”

Along with bragging rights, the team won airline tickets compliments of Air Canada Vacations, a three-night stay at a Sandals/Beaches resort and a chance to portray Canada at the global golf tournament, which is in the running to be held at Sandals Emerald Bay, Sandals Curacao or a Sandals in St. Lucia. 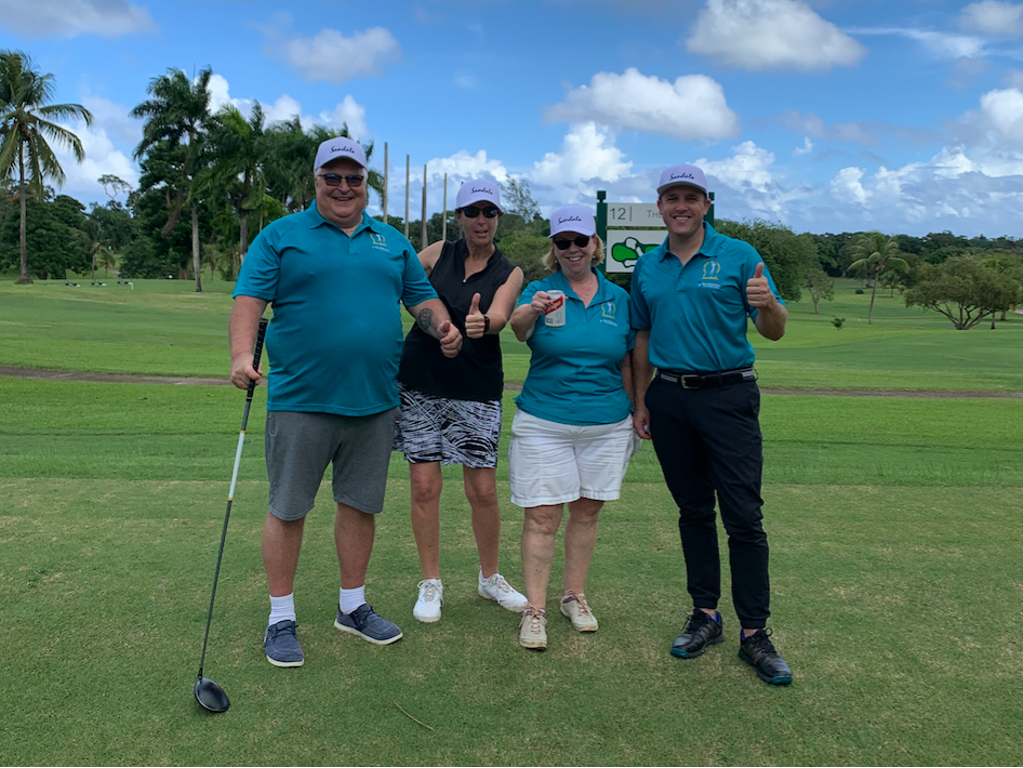 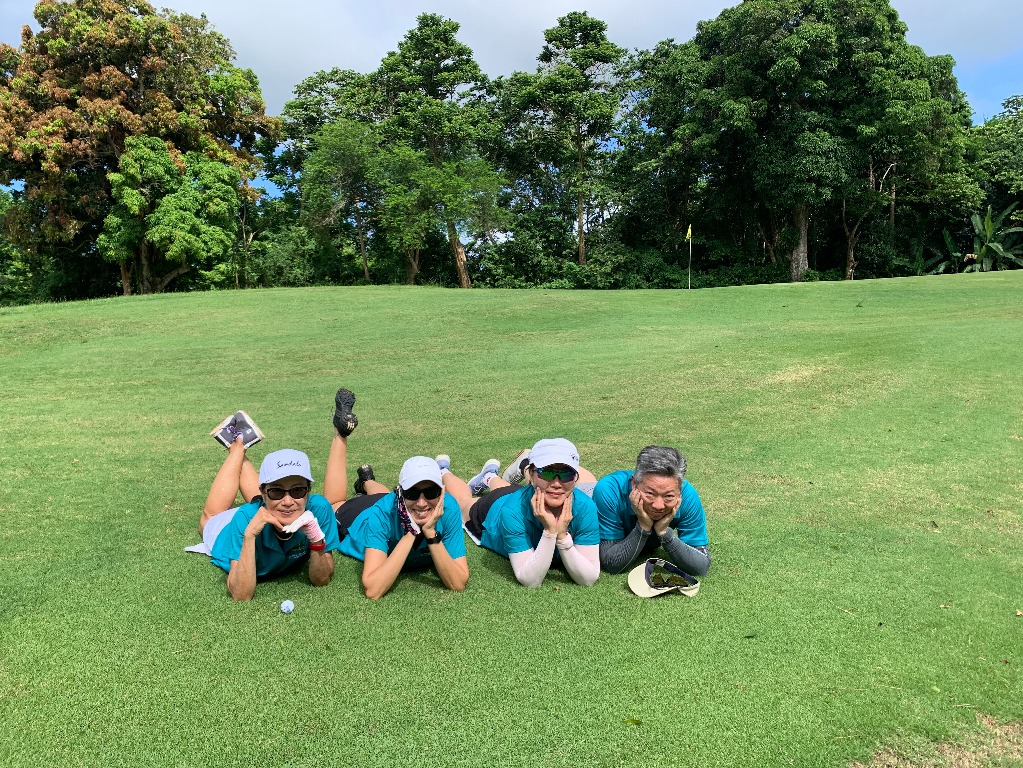 During the evening at Sandals Ochi Beach Resort, Maureen Barnes-Smith, vice president of sales & marketing for Unique Vacations Canada, held an in memoriam to Baxter Media’s Edith Baxter and Sandals Resorts’ Gordon “Butch” Stewart, who both passed away since the last golf tournament.

“We’re so proud to be able to carry on this tradition,” added Wendy McClung, executive vice president at Baxter Media. 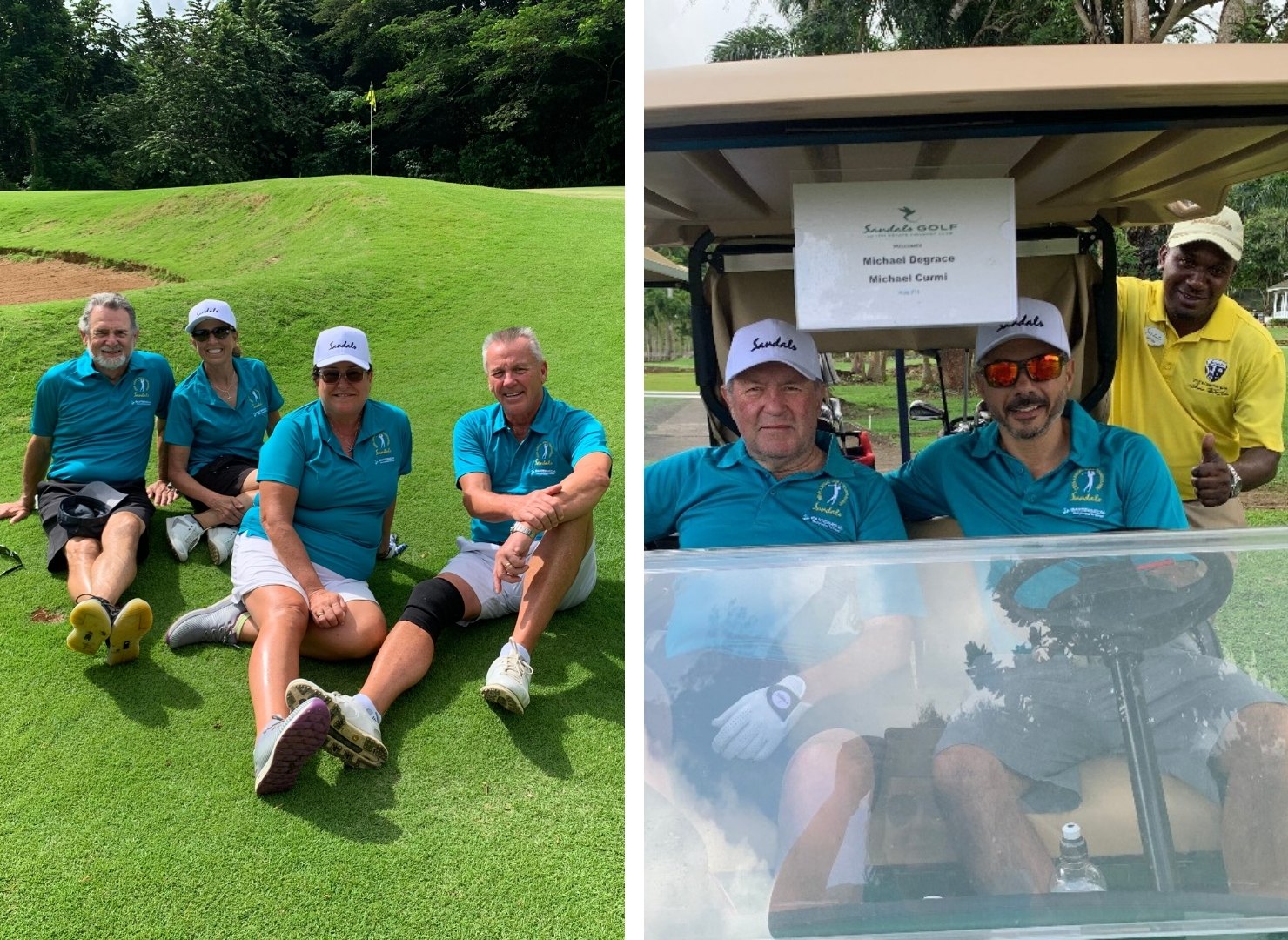 Hugo Coulombe, vice president, finance & CFO, Air Canada Vacations, said the two ACV teams were made up of staff members who were recognized for their efforts and achievements throughout the past year.

“It was a big process and they were selected so they should be proud! They really deserve it,” he said. “Air Canada Vacations has been attending and supporting the annual Canadian Travel Industry Golf Tournament for quite a few years so it brings us great pleasure to be back here in Jamaica with all of you.”