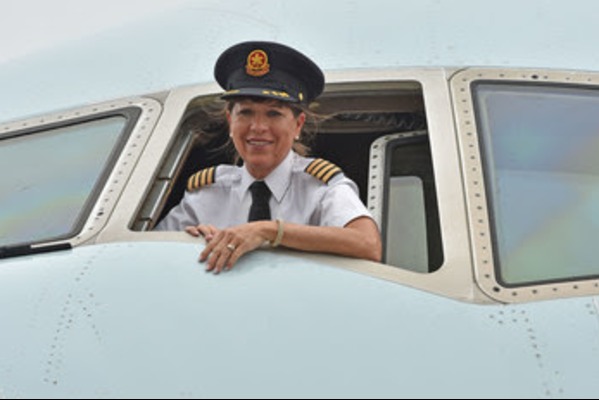 Air Canada and CAE are joining forces to advance diversity in aviation doubling the number of 2023 Captain Judy Cameron Scholarships granted to young Canadian women studying to become commercial pilots or maintenance engineers. Up to four aspiring commercial pilots will be invited to join the CAE Women in Flight program as an ambassador.

Launched in 2019, the Judy Cameron scholarships were previously awarded to four recipients, which is increasing to eight with the support of CAE and their Women in Flight ambassador program.

The annual Captain Judy Cameron Scholarships, established in honour of Air Canada’s first female pilot to help foster the next generation of women following in her trailblazing footsteps, are awarded in conjunction with the Northern Lights Aero Foundation.

Judy Cameron, Boeing 777 Captain at Air Canada (retired), and Director, Northern Lights Aero Foundation, said: “I am delighted that CAE is partnering with Air Canada to double the Captain Judy Cameron scholarships for Canadian women in flight training. Financial support to assist with the high cost of flight training is crucial to their success. When I began my first flying lesson in 1973, I never imagined that someday I would be able to encourage other women to enter this amazing career. Thanks to Air Canada and CAE for helping women to follow their dreams and fly. The Northern Lights Aero Foundation is honoured to be part of this.”

Murray Strom, Senior Vice President – Flight Operations at Air Canada, said that: “Air Canada has long championed gender equality particularly in non-traditional, highly specialized aviation careers, and we are incredibly pleased to have CAE, our long-time flight simulation partner, join with us to double the number of Captain Judy Cameron scholarships that will be offered for 2023. This means together, we can expand the reach to help more young women across Canada in their studies as commercial pilots or maintenance engineers. We look forward to seeing these recipients follow their aviation dreams and in future, certify as airworthy, or be in command of, an Air Canada aircraft.”

Nick Leontidis, Group President, Civil Aviation, CAE, observed that: “Diversity, equity and inclusion are central to CAE’s culture. We are proud to collaborate with our long-time partner Air Canada on our first scholarship-matching initiative as part of CAE’s Women in Flight ambassador program. The Captain Judy Cameron Scholarship program aligns with our efforts of creating a movement that encourages young women to dream big. A movement started by pioneers like Captain Cameron, inspiring young women everywhere to pursue careers in aviation.”